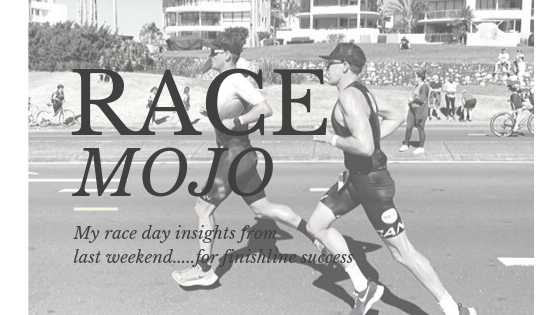 Mr Live Your Own Fit, Pete Jacobs, recaps his Ironman Sunshine Coast 70.3  race day…….what went down, what worked, what didn’t, and what the future holds.

As you read on keep in mind that this is Pete’s individual approach to his performance, with autoimmune condition. This is not how Pete, Jaimielle or the LYOF team would suggest you race. All clients of Pete, Jaimielle and the teams have their own individualised approach. No person is the same, there is no cookie cutter approach.

I am a professional triathlete, who didn’t always appreciate health and performances complimentary relationship. I am now a holistic health & performance advocate, with the strong belief you can not have one, without the other. I endorse holistic coaching and now practise it myself. So with this in mind, my priority come race day is to have minimal inflammation in my body………..for I know minimal inflammation promotes success come race day.

Pre Race
I only ate steak and liver the day before the Sunshine Coast 70.3. Just like I would any other day. On race morning I had no breakfast, just like I would before an early training session. About an hour before race start I had 1mg nicotine gum, something I’ve been experimenting with lately and found it may help my nueral connectivity and oxygenation of my cells (I’ll post more info as I find the research). 15mins before race start I had 100mg caffeine.

*Tip You Can Use On Your Startline
I stood on the start line with 2 minutes to go with the strongest posture I’ve ever held (it was a beach start). I focused on the race course, and bringing strength and awareness into my body through my present mind and strong posture.

I had done little training in the last 2 months. Two months ago was Challenge Korea half, then after travelling home I had a huge inflammatory reaction to something unknown (now known to be histamine). It was another month before I found out about histamine and changed my diet, allowing me to feel amazing just 8 days from the race. I’d also had a pain in my foot (probably due to running when I had some inflammation) which meant I took a few weeks easy on my foot before the race and barely ran.

But I knew I had a healthy body. I knew the last week was the best feelings I had had in months. I knew that if my body was healthy it can do things beyond what I had trained it to do – it just knows how to race long course triathlon. For weeks Jaimie was questioning if I should race, if I could race. But I knew I had the diet right now, I new the histamine was the last major factor that had caused me inflammation, and I knew since cutting it out I would take another couple of weeks to feel good. I just had to be patient.

How I Tapered
So with a week to go, I set the bike on the windtrainer and started doing some taper like sessions. Big gear for long sets, short sets, some short max efforts, and then some short almost max efforts two days out from the race, as well as a little gym work during the week. I don’t have a power meter on my bike, but it wouldn’t matter as race day is always at higher power than training. That’s what a taper will do. Even though my “taper” was actually the best training I’d done in months, I knew that anything can happen on race day with a healthy body and a good “taper”.

How Race Day Unfolded
So full of caffeine I had a good swim near the front, rather surprised how easy it was to swim the same pace as much “fitter” athletes than me. Out on the bike and we hit a hill in the first 1km, and I knew my body was “ON” today. I was as good as or even stronger than guys I expected to outride me, especially on that first hill. I followed the pack, took another 100mg caffeine tablet about 30mins in, then went to the front. Around halfway, and back to the hills on the two lap course I hurt to stay in touch, but I did. Back on the flat fast section I started to fade off the back a little, and at 70km lost touch and dropped 20seconds back.

I had more caffeine at 1hr 30mins on the bike (every hour roughly), I knew I had the power, I’d ridden ahead of the guys earlier, so I fought hard and actually caught back up to the group on the flat fast section, before the hills again. I lost 5 seconds through the hills before T2, but that didn’t matter.

Run Leg Recap
However not having run much for three weeks I felt straight away (as well as the fact I’d ridden hard as I could), so I ran behind him, drafting through the run leg, to minimise the headwind.

I came good and felt I was going to drop him at 15km, the last turn, that was my plan. But at 15km he held strong, and my legs stated to feel the pressure of asking them to do something I hadn’t trained them to do. I fell off Clayton’s feet and was in survival mode.
I almost felt like my legs might cramp, but then I got my head back in control.

EVERYTHING IS PERCEPTION, to a point. Sure, I couldn’t run faster, my legs were shattered and hurting and I was thinking about the damage and recovery for Ironman 70.3 XIAN (CHINA) the following Sunday, however I was able to relax my mind and body. I took my mind to a training run, to a relaxed feeling, I told myself the relative pain and discomfort was nothing to what I experienced in 2011 in Kona. So that relative gratitude made me feel comfort,made me relax, feel “safe”, and my legs no longer were at risk of cramping and failing me.
I jogged relatively comfortably the last few km’s to the finish, and finished with a big smile. I did it. I rode with guys who are WAY “fitter and stronger” than me. I understand perception, activation, inflammation, and mindset (or believe I do), and as a result I was able to compete against my peers.

This race has really spurred me to believe how fast I can get. A few weeks of perfect diet, will lead to quality training……I’ll be in a position to pushmy limits, and theirs:) 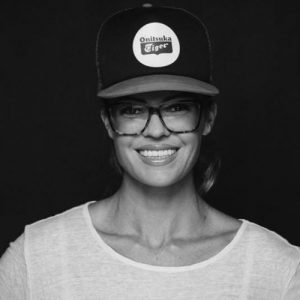 Jaimielle Jacobs is an age group triathlete with 6 x 70.3 distance triathlon titles. Helping people INCREASE their ENERGY, so they can achieve everything they want to in life is what drives Jaimielle. Jaimielle is an Accredited Personal Trainer, Certified Nutrition and Health Coach, Triathlon and Mindset Coach, Co founder of LYOF, Wife to Pete Jacobs, and Rescue puppy mum to Nala and Dudley.